Investing in Students: Reflecting On 9 Years of Service with UOP 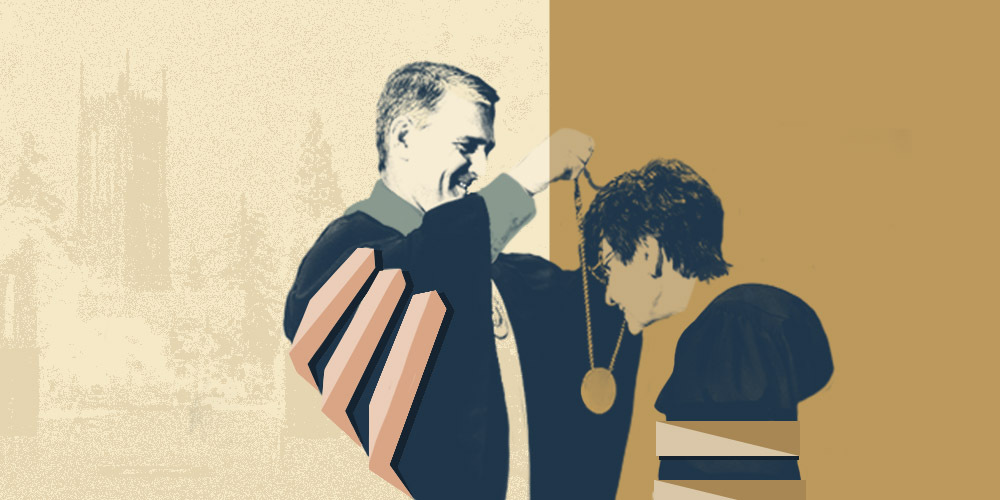 Investing in Students: Reflecting On 9 Years of Service with UOP

The University of the Pacific isn’t just the oldest chartered university in California. Its Stockton campus is part of the lifeblood of the community — and as such, the university’s worth goes far beyond the economic benefit it brings to the area.

So when alumnus (business, ’86) and Grupe Huber CEO Kevin Huber joined UOP’s Board of Regents, he had to shift his boardroom mentality to an outlook focused on students.

“Your objective is not shareholder value,” he says. “Your objective is transformation of lives. UOP’s mission is to take somebody who comes in as a freshman or transfer student and help them achieve their purpose, their goals, and to get the degree they seek that will help them do what they want to do in life.”

Kevin recently ended three terms, or nine years of service, on the Board of Regents. It was a natural extension of his previous work for the university: He served on the Eberhardt School of Business advisory board from the mid-’90s to the early 2000s, including a stint as chair.

During his time on the Board of Regents, Kevin and his colleagues were tasked with selecting a new university president, an extensive process that began in 2018. At the time, Kevin was serving as the chair of the board. He and other board members embarked on a listening tour to speak with faculty, staff, and students — 18 meetings spanning from November 2018 to January 2019, prior to the presidential search in 2019.

After the tour, on his recommendation, the Board of Regents formed a selection committee that included the vice chair of the board and representatives from faculty, staff, alumni, regents, undergraduates, graduates, and members of professional schools, among others. He suggested one hard-and-fast rule that the board agreed with: no chairs or presidents of the constituent group could serve on the selection committee, including himself — he was concerned they could be an undue influence on the process.

“If I’m going to get involved with something, I give it everything I have,” Kevin says.

That attitude certainly served him well this year, when the university — along with thousands of other institutions around the country — faced the COVID-19 crisis. For the first time in generations, UOP students wouldn’t be able to walk in a graduation ceremony. Instead, Kevin gave a speech in a virtual ceremony intended to give graduates some much-needed closure to such an important part of their lives.

After Kevin told the online crowd how UOP had put a college education in reach for him, he explained how the benefits of attending the university go far beyond economic or professional development.

“Pacific has trained us — you and me — to confront the unknown with resolve, confidence, and the ability to adapt,” he said. “Go Tigers!”